COVID as a Bioweapon, Hard Questions from Behind Closed Doors

Analysis of the worldwide COVID pandemic by a team of former intelligence officials from a number of nations has been ongoing for since January 2020. Findings are reported to clients under the highest security. Even the names of the clients are highly classified. A number of things are tracked and assessed using open-source material primarily […]

On the Results of the G7 Ministerial Meeting

From May 3 to 5 this year in London there was a ministerial meeting of the G7 forum member countries, which, rather out of inertia are still sometimes called the Group of Seven Industrialized Nations. Such a designation was to a certain extent justified in the first two or three decades after its creation in […] 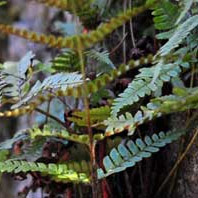 NORAD gave the 911 Commission 3 conflicting timelines and scenarios for air defense response. The 911 Commission considered giving a criminal referral to the Department of Justice against NORAD and the FAA for perjury and obstruction of justice, but eventually … Continue reading →

Why is Saudia Talking to Iran?

In May 2017, when Saudia’s crown prince Mohammad bin Salman (MBS) was asked about prospects of direct talks with Iran, he rejected any possibility of such a venture. Back then MBS was politically strong, he was a lot more acceptable in the West, especially the US, and he could, at least in his own calculation, […]

Dr Fauci, The 30 Families, Covid And The Great Reset

David Schwartzkopf who used to be the CEO of Kissinger Associates wrote Superclass in 2008. In the book he revealed that our world is ruled by 30 Families and their 6,000 Minions. Dr Anthony Fauci is probably the best example … Continue reading →

The British Costs of the War in Afghanistan

On April 29, the US and NATO countries began withdrawing troops from Afghanistan, ending a military campaign that had lasted nearly 20 years. The US and Britain began and led a military operation “Enduring Freedom” against the Taliban after the organized by al-Qaeda (banned in Russia) terrorist attacks in the United States on September 11, […]

Craig Murray is an author, broadcaster and human rights activist. He was British Ambassador to Uzbekistan from August 2002 to October 2004 during which time he whistleblew about UK government complicity in torture. Report below from The National followed by Craig’s account and post trial updates: THERE’s been widespread anger after former diplomat and independence blogger Craig Murray was sentenced to eight […]

The “propaganda machine” has always been the driving force behind US policy, not only to effectively reduce social discontent, but also to form the state image of the United States as a state supposedly endowed with a “special mission of enlightenment,” a bearer of “true democracy,” a “savior” of states and peoples from tyranny. At […]

While Withdrawing Troops, Washington Craves for a New Base in Central Asia

Fearing the possibility of triggering an armed response of the Taliban (organization banned in Russia) by delaying the withdrawal of the US-led military coalition from Afghanistan, Washington is trying to stay ahead of the schedule. As a matters of fact, senior NATO officials have revealed that the planned withdrawal is due to be completed by […]