PCR Interviewed Sputnik International: US Military No Match for Russia, China https://sputniknews.com/20211020/yalta-20-why-us-military-analysts-urge… Anyone who thinks the US Army can go up against China or Russia is insane https://halturnerradioshow.com/index.php/en/news-page/news-na 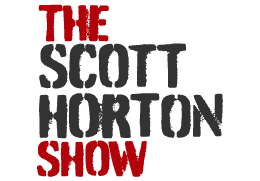 Scott interviews journalist and investigator Barrett Brown. Since his last appearance on the show in 2011, Brown spent four years in prison and he is currently seeking asylum from the United States. He tells Scott the story of those tumultuous ten years. Brown also gives background and updates on his fellow journalists and activists working […]

Scott is joined by author James Bradley. They discuss how foolish the Russiagate story was from the beginning before getting into China. Bradley explains how the entire American understanding of China is flawed. That the average American’s perception of China is the result of a mirage or fictional narrative we’ve been fed for many decades. […]

Scott interviews Andrew Quilty, a journalist who’s stayed in Kabul, about a recent article he wrote for the Intercept. The article talks about the Zero Units which were militia groups of Afghan commandos led by CIA advisors, or handlers. These units gained notoriety during the war and have been accused of numerous war crimes. Many […]

On Monday, October 4th, Scott took part in a debate organized by Gene Epstein. Scott’s opponent was neoconservative Bill Kristol, one of the most prominent war hawks of recent American history. The resolution they debated was: A willingness to intervene, and seek regime change, is key to an American foreign policy that benefits America. The […]

Scott talks with David Vine about a report he wrote recently for the Quincy Institute along with Patterson Deppen and Leah Bolger. The report makes the case for significantly reducing the number of American military bases abroad. Vine explains that there are currently around 750 active military bases outside of the U.S. And with far […]

10/8/21 John Kiriakou on the Torture of Abu Zubaydah

Scott interviews former CIA Officer John Kiriakou about a recent article he wrote. Kiriakou was personally involved in the 2002 capture of Abu Zubaydah in Pakistan. At the time, the CIA believed Zubaydah to be Al Qaeda’s third highest-ranking member. In truth, he was simply a logistician. Still, the Bush Administration used Zubaydah to make […]

Gareth Porter joined Scott on Antiwar Radio to discuss his recent piece at the Gray Zone about the dishonest ways the media has covered the Taliban. Both Scott and Porter agree that the Taliban are not to be considered the good guys, but that the media has a history of pushing a misleading narrative about […]

Scott is joined by Peter Van Buren to discuss some recent articles he wrote for The American Conservative. Van Buren used the 20th anniversary of the 9/11 attacks to reflect on his experience on that day, as well as how the attacks fit into the larger story of America’s quest for global dominance. Scott and […]

Scott interviews Aaron Maté about his recent article on Michael Sussmann, the Clinton attorney who was recently charged for lying to the FBI. Maté helps weave this developing story into the broader narrative of Russiagate. Scott and Maté reflect on how wild this story was from the beginning. They also discuss the effects this Clinton/FBI […]