How did The Daily Beast and Rolling Stone become two of the most aggressive smear factories of the US neoliberal establishment, and did US intelligence play a role? This article was part of a three part series originally published in The Defender on US intelligence infiltration of neoliberal media outlets.  On Oct. 14, 2016, The Daily Beast published a surprisingly candid retrospective on the CIA’s historic recruitment of media assets. “Other journalists were threatened and blackmailed into cooperating with Mockingbird,” the article […]

From SSRI’s to Vaccines – ‘The Drugs Don’t Work’

21WIRE | The crimes are now evident, and yet, the shareholders of these pharmaceutical firms have still netted untold billions.

How COVID Jabs Are Impacting Both Male and Female Fertility

Dr. Joseph Mercola | Despite denials and mass-media censorship on this issue, the sum of all fears seems to be materializing right before our eyes.

Welcome to The Daily Wrap Up, a concise show dedicated to bringing you the most relevant independent news, as we see it, from the last 24 hours (7/22/22). As always, take the information discussed in the video below and research it for yourself, and come to your own conclusions. Anyone telling you what the truth Read More...

Toxicology vs Virology: Rockefeller Institute and the Criminal Polio Fraud

F. William Engdahl | The truth about modern virology and the real cause of the alleged polio epidemic.

Has Pfizer Taken Over Our Health Policies?

Dr. Joseph Mercola | The wolves in sheep’s clothing are now ruling the roost.

Why You Should Vote ‘Coleman’ for Britain’s Next Prime Minister

Dr. Vernon Coleman | Johnson behaved as though he were President, as will the next hand-picked incumbent. 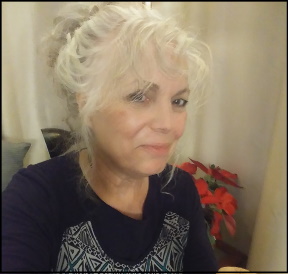 Guitarist Who Lost 8 Fingers After J&J Vaccine Tells Rfk, Jr.: People Have to Be Held Accountable

Guitarist Who Lost 8 Fingers After J&J Vaccine Tells Rfk, Jr.: People Have to Be Held Accountable On a recent episode of “RFK Jr. The Defender Podcast,” guitarist Jeff Diamond described having eight fingers amputated and losing his singing voice after developing blood clots about a week after getting the Johnson & Johnson COVID-19 vaccine.

Riley Waggaman Is Vladimir Putin preparing to cleanse Russia of Big Pharma shills (his entire cabinet)? Some seem to think so and there is certainly evidence that some kind of anti-shill crackdown is coming. Let’s explore this intriguing news item together. Take the wheel, TASS: Russian President Vladimir Putin has criticized foreign drug companies for pushing …