This week on the New World Next Week: Brazil and Argentina prepare to form a common currency; smart appliance manufacturers sad that people are not connecting their toasters to the internet; and a Utah doctor is facing charges for saline shots and simple sabotage.
The post Interview 1783 - Latin America Preparing Regional Currency - #NewWorldNextWeek first appeared on The Corbett Report.

[iframe src="https://www.bitchute.com/embed/eGJuhu00tFhj/" width="90%" height="320" allow="fullscreen"]
via The Missing Link: James Corbett appears on The Missing Link with Jesse Hal to discuss the biosecurity state, UNDRIP, communitarianism, threats to liberty, the false hopium that is used to placate the masses, and (most importantly) what we can do about these problems. 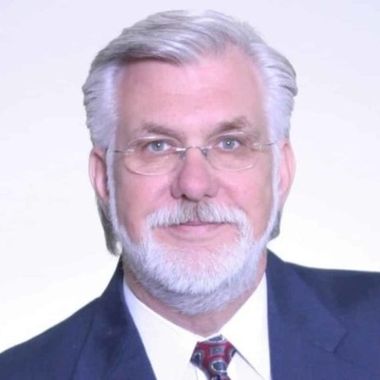 Joe Allen: Vaxxbots Are A Virus Of The Mind

Joe Allen knows a lot about Transhumanism and the technology being used to further its assertions. In his progression of research, he has examined just about every anti-vaxx "conspiracy theory" that has been conjured up explaining what the elitists are doing to humanity. Wild assertions, easy as they are to conjure up, simply do not make for correct understanding. We should stand on what we know, not on vain speculations.

CBDCs are in the works, but transparency and mass action can throw a huge monkey wrench into their implementation. The Solari Report offers a few concrete steps people can take, with the most important being to increase the use of cash while explaining to recipients why cash is endangered and what they can do about it.

“Demonized” ESG Narrative Is Finally Getting To Blackrock’s Larry Fink

Larry Fink will ultimately give up on "ESG investing" or the market will grind him and his Blackrock behemoth into powder. When states like Florida pull all investments worth $2 billion from Blackrock, it hurts. Fink, whose ego is as big as the solar system, views such actions as "demonizing the issues" and "personal attacks".

A 15-minute city means everything you have to (or can do) exists within 15 minutes from where you live. People are seeing it as a virtual gulag where confinement is monitored with geo-fencing, smart phones and panopticon-style surveillance. Also perceived is the inability (or great difficulty) to escape from your assigned 15-minute neighborhood. Globalists and Technocrats are thrilled at the prospect.

Culture of Hope: 2022 and the Margins of Victory in Palestine

Another critical year for Palestine has folded. While 2022 has wrought much of the same in terms of Israeli military occupation and increasing violence, it also introduced new variables to the Palestinian struggle – nationally, regionally and internationally. Palestine, the War and the Arabs The Russia-Ukraine war starting in February pressured many political entities, including […]

Hohmann: New Lessons For Today In Mel Gibson’s Iconic Portrayal Of ‘The Patriot’

2023 may be the year where you must choose which side of good or evil you are on. All anonymity will be gone and you will be exposed for where you are. Gone are the days of sitting on the fence, hoping that evil doesn't come for you. Will you stand and deliver for truth? Or will you shrink into inglorious submission to the enemy?

In 2010, when Qatar was awarded the right to host the 2022 World Cup tournament the Gulf kingdom became the focus of a disparaging campaign. Qatar was accused of mistreating migrant workers engaged to build World Cup projects. The campaign against Qatar as host nation involved Britain, Germany, Denmark, the Netherlands, Israel, the UAE, and Saudi Arabia. […]

Americans have overcome seemingly insurmountable enemies in our past, but only to the extent that we came together as AMERICA and threw off the forces that sought to bury us.