The 1995 nuclear submarine mutiny thriller Crimson Tide was rejected by the US Navy, for fairly obvious reasons (the whole...
The post ‘We Don’t Request Script Changes’ – US Navy File on Crimson Tide first appeared on Spy Culture.

Deterrence works. Russia’s nukes are the only thing keeping the US from full-out war in Ukraine only six months after retreating from Afghanistan. So far, the unprecedented propaganda effort by the Ukraine and its helpers in the American mass media to drag the US and NATO directly into the fight has failed. But this struggle — for your mind space — is not over.

There’s no reason our planet needs to be dominated by any one single power structure, especially if doing so means risking complete annihilation. 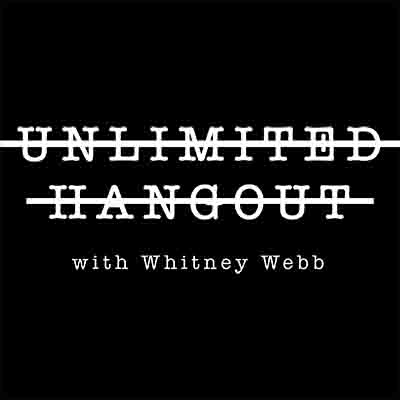 Dr. Klaus Schwab or: How the CFR Taught Me to Stop Worrying and Love the Bomb

The World Economic Forum wasn’t simply the brainchild of Klaus Schwab, but was actually born out of a CIA-funded Harvard program headed by Henry Kissinger and pushed to fruition by John Kenneth Galbraith and the "real" Dr. Strangelove, Herman Kahn. This is the amazing story behind the real men who recruited Klaus Schwab, who helped him create the World Economic Forum, and who taught him to stop worrying and love the bomb.

Following the outbreak of war in Ukraine, after some slight hesitancy Japan joined the European Union, the US, and other countries in both condemning Russia’s military invasion and placing strong economic sanctions on Russia. However, even while condemning Russia, a group of conservative politicians, headed by former Prime Minister Abe Shinzo, saw an opportunity the pursue what has long been[Read More...]

With Its Doomsday Clock at 100 Seconds to Midnight, The Bulletin of the Atomic Scientists Calls for Escalating US Aggression against Russia

The Bulletin emerged after World War II as a voice for peace, but has since drifted into being an echo chamber for the US imperial project.
The post With Its Doomsday Clock at 100 Seconds to Midnight, The Bulletin of the Atomic Scientists Calls for Escalating US Aggression against Russia appeared first on MintPress News.

The Curious Incident of the Missing Article of the Russian Treaty

The Curious Incident of the Missing Article of the Russian Treatyby Ian SinclairMorning Star22-23 January 2022 Last month Russia’s Supreme Court ordered the closure of Memorial International, the nation’s oldest human rights group, which was devoted to researching and recording crimes committed in the Soviet Union. “It is not hard to see how Putin, mired […]

Since it’s Christmas, I thought we’d do something Biblical and look at an extremely stupid TV show that I happen...
The post Subscribercast #59 – Media Breakdown: Sodom and Gomorrah first appeared on Spy Culture.

On Wednesday, October 20, I joined “Vrede Scheppen,” “Create Peace,” about 25 peace activists from the Netherlands, Germany and Austria at the airbase at Volkel, Netherlands, making a plea for an end to nuclear weapons. This base is home to two Dutch F16 fighter wings and the United States Air Force 703rd Munitions Support Squadron. In violation of international and[Read More...]